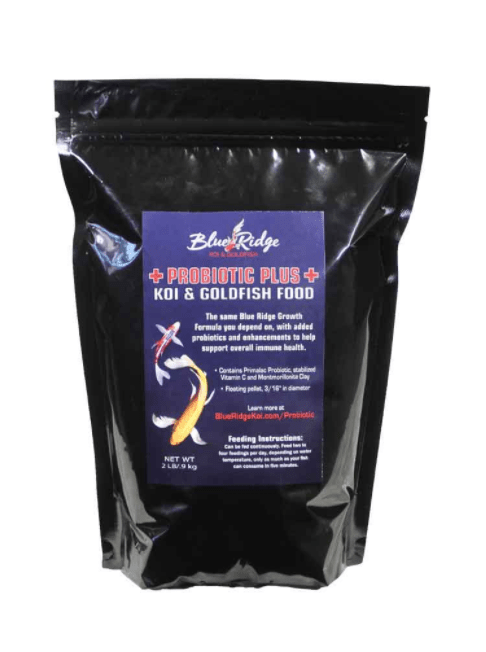 Hey ya’ll Doc Johnson here. As you know, there is no medicated food for 2018. And if you find some let me know. I met a guy with 100 pounds of the good stuff from last year. He wouldn’t even tell me where he keeps it, the stuff is so precious he knew I’d go steal it.

Lacking any food with antibiotics in it, I heard about a food from a Hatchery that’s using it in lieu of medicated food at their farm. And I know the guys personally and so I have to get behind the food. It’s the best we got for 2018.

It’s made with some immune stimulants not unlike the nucleotides found in Impact, plus some other Juju like very high Ascorbic Acid (Lovell et al showed adding more than 180mg/kg ascorybl-2-phosphate to diets increased the immune system of Koi against disease)

The other “magic” is Primalac.

Here are resources to validate some of the benefits and claims for Primalac. It’s been tested by some heavy hitters and should work well:

A great deal of the research done on Primalac was done in birds. Birds are similar to Koi in that they have similarities in the immune response, and their cell types including nucleated red cells are parallel.  A major difference is that birds are very warm blooded but Koi are poikilotherms but what do you have as other viable choices for immune support against Aeromona / Pseudomonas. I will excerpt the results of three avian studies at the end of this article.

If you have a choice between a feed for spring that contains Aquaflor or similar of course I’d recommend the Aquaflor feed (but good luck to you, finding it). In the absence of that or any other antimicrobial food, it’s my professional recommendation to feed the “next best thing” and that’s the food that I’m referencing here.

Blue Ridge Probiotic Plus Koi and Goldfish Food with Primalac.

Wholesale distribution is opening up and a more complete list of dealers picking this up should be found at the link above. I will not be selling this food because I don’t sell stuff. (I do collect affiliate residual from Amazon referrals so there’s full disclosure.)

Casey Lefever included a COUPON CODE for this:

“Members of your email list can use the coupon code: koivet  for 10% off of any of the Probiotic Plus items.”

Here is a list of dealers who already have this on their shelves. I won’t be revisiting this list because I’m lazy. If anyone else starts carrying this near you, it will be found at the dealers list. Or you can contact Casey Lefever directly.

During hand raising the birds were deliberately infected with disease-causing bacteria (Pseudomonas sp, E. coli). Testing of the birds after infection with these bacteria showed that the probiotic-supplemented group was less likely to be pathogen positive. Subsequent blood tests showed less of an inflammatory response (lower white blood cell count) and subsequent histopathology showed less infection in the intestines.