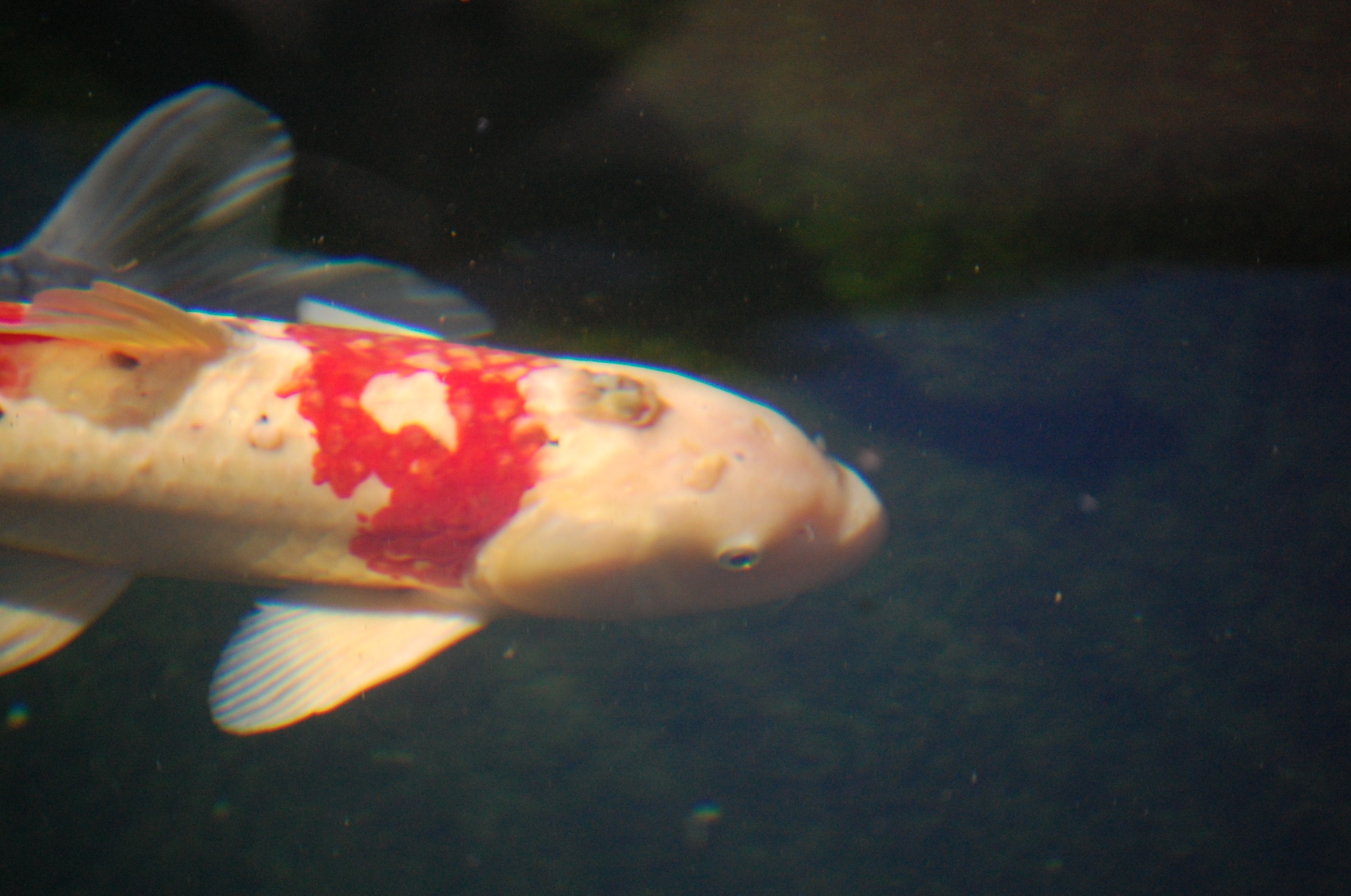 “I have this wonderful fish with a big open wound on her. The wound has been there for a long time(a couple of years) and hasn’t really caused the fish any discomfort as far as I could tell. Until recently. The area is now infected and I think speading. I have included a picture of the fish. Could you please set me in the right direction?”
That has some of the appearance of a cancer. It is also possible that it is a non healing wound. Reasons for non healing wounds include wounds that are kept open by parasites, high nitrate levels, or inappropriate attention by other fish which might be grooming the wound. Some wounds just stay open until you “annoy” and refresh the tissues (aka – debride) them.
Here’s how that fish probably should be treated.
The fish should be caught and examined for other lesions, and look at the gills. Photodocument the fish with a digital camera.
If you need to sedate the fish you would simply catch the fish and put it into a large bin with aerated water and Oil of Cloves (four drops per gallon) until it was “slow” enough to handle and photodocument.
The lesion should be scrubbed (without pressure). But it still gets “scrubbed” using coarse GAUZE or a VERY-soft tooth brush – cotton balls or paper towel are not abrasive enough and will slick over with fish slime – you need something that would remove pretty much ALL of the loose scales, and debris associated with the wound, refresh the edges adn make it a bit bloody.
A soft toothbrush can be used, but whatever “scrubbing” textile or implement you use should dipped in hydrogen peroxide FREQUENTLY while you’re scrubbing – An-n-n-nnnd – you can’t put ANY real pressure on the wound.
I mean, you have to put SOME pressure on the toothbrush or gauze – but not enough to erode the meat underneath that. You could deepen the wound dangerously if you put pressure on the cleaning process, fish “meat” is pretty soft in vivo and comes away rather easily.
Simultaneously (pretty much as soon as you’re done debriding the wound) and it’s fresh but bloody looking – you should inject the fish with an antibiotic like Baytril. Give that fish 0.4 – 0.6 cc IP
Obviously if you have another medicant like Azactam and you do NOT have Baytril, use the one you have according to dosing chart in the book.
For any help on the above topics (like cloves and injection) please search out the articles on Koivet.com or see the book.

Replace the fish in the pond. Watch for improvement and consider re-injecting three days later with Baytril.
Do NOT – I repeat do NOT rescrub the wound until or unless we agree via digital images that you should.

Complete failure to respond with the development of a tight white ring around the wound, and a slick pink center, would suggest that this is in fact a cancer, which are often induced by a combination of three things:

If it’s a skin cancer, excision could be tried in that area because there is a LOT of space under that lesion which could permit margins for removal that the fish could easily live without.
Doc Johnson