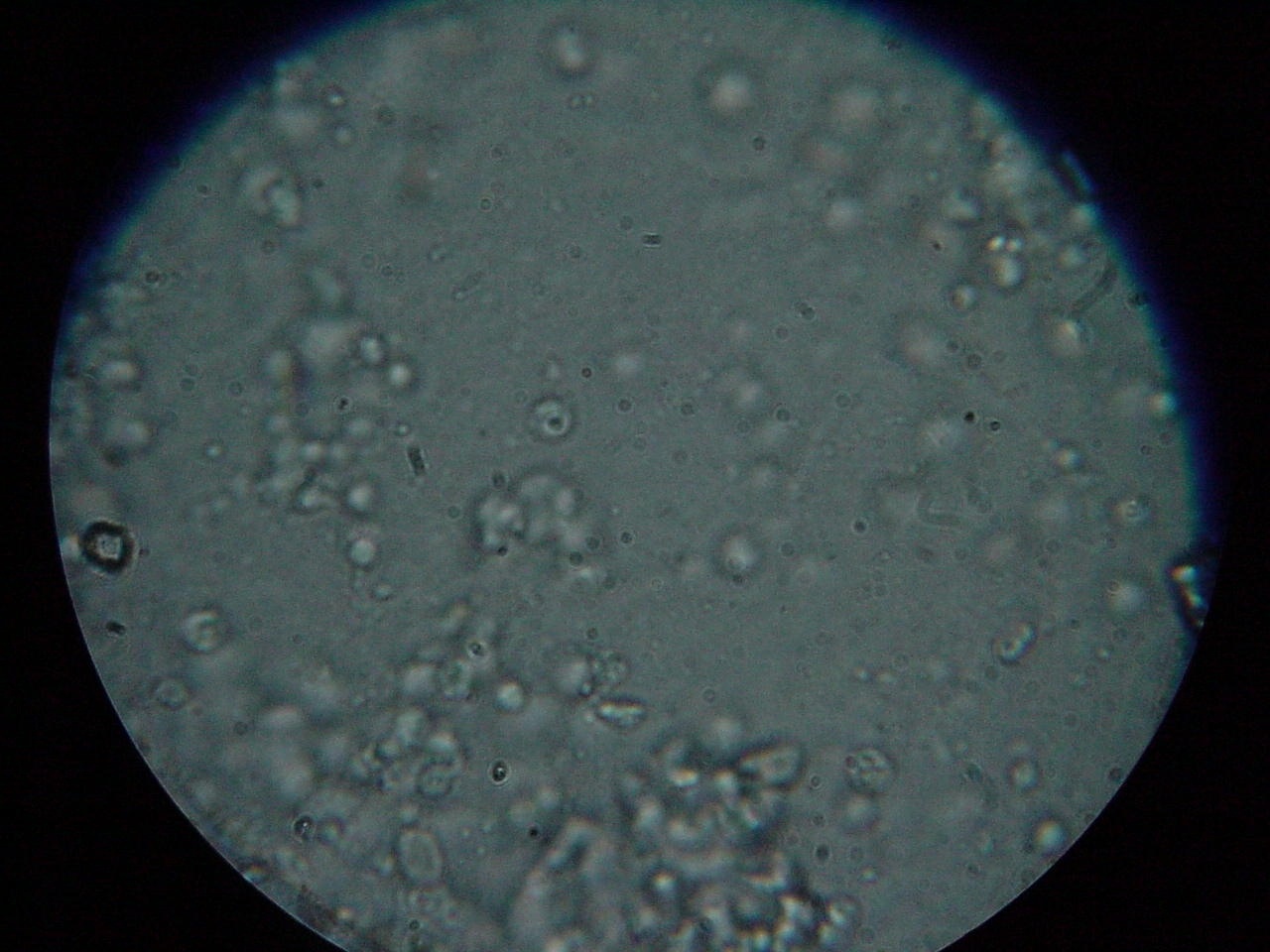 Costia has shown some resistance and it is part of the reason for this article.

Some outbreaks of Costia have been known to be salt resistant for at least twelve years. I saw my first case of salt resistant Costia in late 1996 on some Japanese imports straight from Los Angeles California. The Costia resisted zero-point-nine-percent stiff salt solutions and finally required Formalin for clearance, which works extremely well.

Another remedy that works well is described here

Costia is responsible for a lot of the recent fish mortalities we’ve seen after Japanese style shows.
There are several reasons for this, which I wanted to discuss here.

Costia resists drying. Empty tanks, nets, even dried nets and hoses, can transmit infective Costia from one group of fish to another. Folks are not very cautious about nets and bowls. A retail facility that does not rinse or disinfect their nets and bowls between tanks is capable of infecting every fish they sell, whether they originate in infected tanks or not.
Costia is not always evenly distributed among fish populations or even upon an individual fish. What I am conveying is that you may have a collection of fish in which only a small percentage of fish will have Costia. Numerous biopsies of some healthy looking fish are negative while the affected fish swarm with Costia. An immune capability is suspected among those fish that do not show morbidity under Costial attack. Secondly, the Costia may exist in small “patches” on skin and gill and be missed in routine scrapes. It is imperative that whenever you’re biopsying a fish, you biopsy general locations such as between the gill covers and the pectoral fins. But that you also biopsy any red or white patches upon the fish.
Costia is easily missed under routine microscopy. There is an important reason why. For a definitive diagnosis, a microscope should be able to perform a competent 200X scanning power. 400X is sometimes important to diagnose Costia when numbers of organisms are low. Many of the new Chinese microscopes are labeled with 40X optics and 10X oculars but despite the listed caliber, are nevertheless poor at imaging at that power. So you often see nothing.

Here is what Costia looks like under the microscope.

Leaving the iris diaphragm open on your microscope defeats the necessary contrast to diagnose Costia. You should use the lowest power light and the smallest aperture on your iris diaphragm. For more on this, refer to the book or the web page for a diagram of these important microscope parts.
It has unfolded in several scenarios that after shows, participants begin to lose fish, sometimes with ferocious rapidity. The hobbyist does a few biopsies and does not find an organism. Rumors of a virus begin to spread. Finally, a competent biopsy is taken and viewed under a powerful microscope and the Costia is discovered. Unfortunately, it is often too late for a bunch of fish, when the proper biopsy and microscopy is done.

Recently, a good friend of mine had some fish that were beginning to isolate. The fish developed reddish lesions on the skin, and face. Some white slime was attendant at these lesions. Biopsies were taken and nothing was found. I asked if he’d biopsied the specific lesions themselves, and indeed he had not, because he felt it might further traumatize damaged tissues. This was a logical concern, to be sure, but as I stated before. Costia can exist focally, in small patches that can be missed unless they are deliberately scraped.

Formalin is the best treatment for salt resistant Costia.

The general idea of this Formalin treatment is to apply fifty PPM Formalin (two milliliters(equivalent to cc) per ten gallons) to a tank with the filter bypassed. Increase circulation with a floom or with a spraybar. Run this level of Formalin for two hours and then execute a forty to fifty percent water change, with de-chlorinator. Repeat the treatment in 72 hours. Do this Formalin treatment for a total of three treatments and you can rid your system of Costia and Flukes.

There is an important, auxiliary treatment for Costia which I have found to be very effective at slowing down the infection. I have been using topical hydrogen peroxide 3% USP applied directly to the patches. Here’s how that works:

When you see a fish, or a group of fish with patches of red, or white – perhaps even raised scales, you would be advised to to biopsies of the fish between the gill covers underneath, down the pectoral fin and tail, and finally taking biopsies from the patches themselves. If you can confirm Costia, you simply apply a cotton ball or gauze pad soaked in hydrogen peroxide 3% USP to the patchy areas. They foam madly. Nod and smile, with satisfaction that you just dropped the hammer on a bazillion Costial organisms and are allowing early healing of their infested area to occur.
This has been particularly effective in some of the Ranchu goldfish that I keep, where facial or body scarring might be highly undesirable. These fish are able to handle high levels of salt with aplomb, so I usually endeavor to treat the focal lesions with peroxide.

There are several important follow-up points to this article.

During and after your treatment of Costia with salt at zero-point-three-percent, it is imperative that you serially biopsy your specimens to make sure the numbers of Costial organisms are decreasing or are absent. If you’re still seeing Costial organisms after 72 hours in zero-point-three-percent salt, some level of resistance can be assumed. At that point you should either increase the salt concentration to zero-point-six-percent to-zero-point-nine-percent or consider Formalin.

You should not use Formalin at fifty PPM with the higher levels of salt. I have used zero-point-three-percent salt and left it in during Formalin treatments. This has caused no problems in cooler water with high circulatory rates. I caution you that stiff (zero-point-nine-percent) salt solutions coupled with Formalin might create an oxygen availability/transfer problem. All oxygen tension problems become more acute under conditions of warm water, e.g. water over eighty DGF

Clout Kills Costia Click this Link to Get It.

A theory exists that Costia may exist in the fishes’ cloaca, using these sequestered surfaces as it might use any other extension of the surface of the fish. In the cloaca, the organisms may be protected from short-term treatments like Formalin, and this ability to inhabit the cloaca is proposed as one of the possible causes of unexplained recurrence of the disease. Currently, the time has not been available to biopsy the cloacas of infected fish nor to attempt or ascertain the safety of clearance of said pathogens by swabbing the vestibule with peroxide.

Do not let your fish out from under your effective treatment until all biopsies are negative for at least three days.

KEY POINTS OF THIS ARTICLE

Thank you for your time.