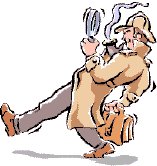 Prevention is better and cheaper than cure!
Fish disease can be both highly distressing, and in many cases, costly both in treatment and replacement costs. A key aim is encourage prevention via regular water testing and husbandry. This is particularly important with koi ponds and their often-high stocking levels and reliance on biological filtration for good water quality. In general diseases are often oversimplified, which in turn leads to misunderstandings about diagnosis and treatments.
Opportunistic parasites and bacteria
There are many health problems that are beyond our control. Like any animals, they are susceptible to a range of problems such as tumours, heart and other organ disease, as well as metabolic disorders such as diabetes. However, the overwhelming majority of common health problems involve external parasites, fungus, gill and bacterial infections. An important point is that any body of water, be it a tank or pond will be teeming with millions of opportunistic bacteria and nearly all fish carry small populations of parasites. All animals, ourselves included, are constantly surrounded by germs and bugs, but healthy animals can keep them at bay.
Stress and the immune system
These germs and bugs constantly probe and try to breach the fish’s immune system to gain a strong foothold. In general, for them to be successful there has to be an underlying predisposing factor such as poor environmental conditions, poor nutrition, overcrowding or poor water quality. In addition to causing stress, which will depress the fishes immune system, such conditions will often encourage increased numbers of opportunistic pathogens. Any treatment plan should also tackle any underlying problems at the same time.
Diagnosis
The main diagnostic approaches are:

Complications
If detected early enough most simple problems can be easily and speedily resolved. However, there are complications that can arise which can greatly affect both the treatment method and the outcome.
If the condition is advanced this can lead to stress and a depressed immune system, possibly leading to secondary infections. Other body functions such as wound healing and digestion etc are also affected by stress. These added complications can mean that sick fish may be very slow in responding to treatment.
Some conditions, particularly severe parasite infestations, can cause severe secondary damage to skin, fins and gills. This in turn may result in secondary infections such as such as ulcers or fin-rot, or excess mucus production and cell hyperplasia. This secondary damage may influence the treatment regime to be used, or indeed, affect the treatment priority. For example, a parasite infestation affecting the gills may restrict the use of an anti-parasite treatment containing formalin because of the risk of further irritation of the gills.
Some pathogens, in particular Costia (Ichthyobodo); are very quick to take advantage of sick and stressed individuals. This can cause additional stress and complications.
A typical example of such complications would be a serious infestation of gill flukes, Dactylogyrus. The irritating presence of these parasites could lead to excess mucus production. The increased mucus layer would give the parasite some protection from treatments. Irritation may also cause gill hyperplasia (an increase in normal gill tissue) leading to swollen gills, resulting in a reduced respiratory surface, which in turn would create respiratory difficulties and more yet more stress. Many treatments, for example formalin, might make this situation worse. In the longer-term, unless the situation was resolved gill-rot or bacterial gill disease may occur.
Treatment methods:
Broadly speaking there are four treatment methods:

The advantages are less stress and no handling.
Disadvantages are that biological filtration may be affected,
Treatment dosages can be difficult to calculate unless the exact water volume is known
Variances in water composition; particularly pH, hardness, and organic load may interfere or affect the chemical activity of the treatment
Some treatments, for example antibiotics, cannot be applied via the pond.
Overdoses or situations where there is a bad reaction can be difficult to remedy, particularly in large ponds
Treatment costs can be high in large ponds

They can be easily calculated.
Higher doses can be used (for shorter periods)
Filtration is not affected
Less interference with treatment reaction
If there is a bad reaction, it is easy to remove the ‘patient’
Disadvantage is the need for handling and except in the case of short treatment periods, a relatively large treatment tank may be needed if several fish are treated at the same time.

Advantage:
no stress or handling
Disadvantages include:
It can be very difficult to calculate doses or target specific individuals
Treatment may wash off the food
Very sick fish may not eat

The obvious disadvantage is the need to handle and possible anaesthetize individuals. Can be time-consuming when several are to be caught and treated.
Advantages are that treatment is directed and targeted at a specific individual and is usually far more effective, particularly in bacterial infections.

Treatment limitations
The presence of water limits the range and type of treatments can be used, which goes part the way to explain why so little research is carried out into metabolic and physiological disorders that are routinely treated and managed in other animals. Even if these disorders could be diagnosed it would be impossible to give a life-time of treatment that may consist of pills, lotions, medicines or injections.
Hopefully, this overview has made aquarists look at fish disease from a slightly different, perhaps less simplistic, perspective. Disease in any animal is a complex matter. However, over 90% of all health problems can be resolved with a combination of good husbandry, early diagnosis and accurate treatments. It is important to realise the limitations of our own capabilities and recognize that fish are living animals and not innate objects to be the subject of amateurish experimentation.